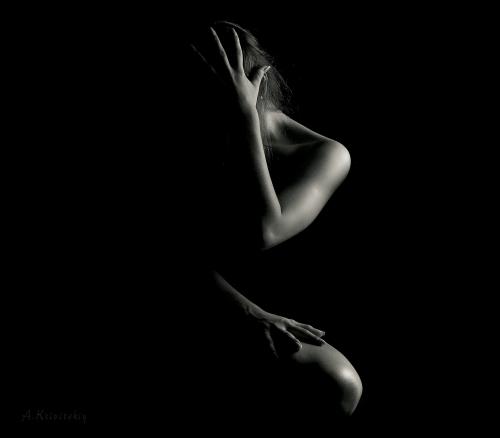 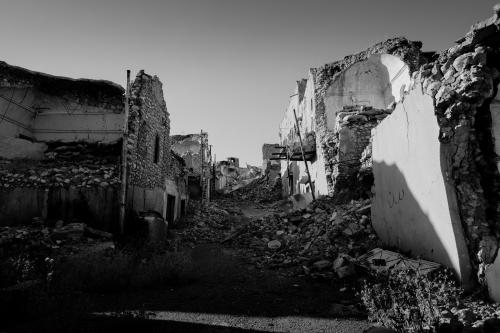 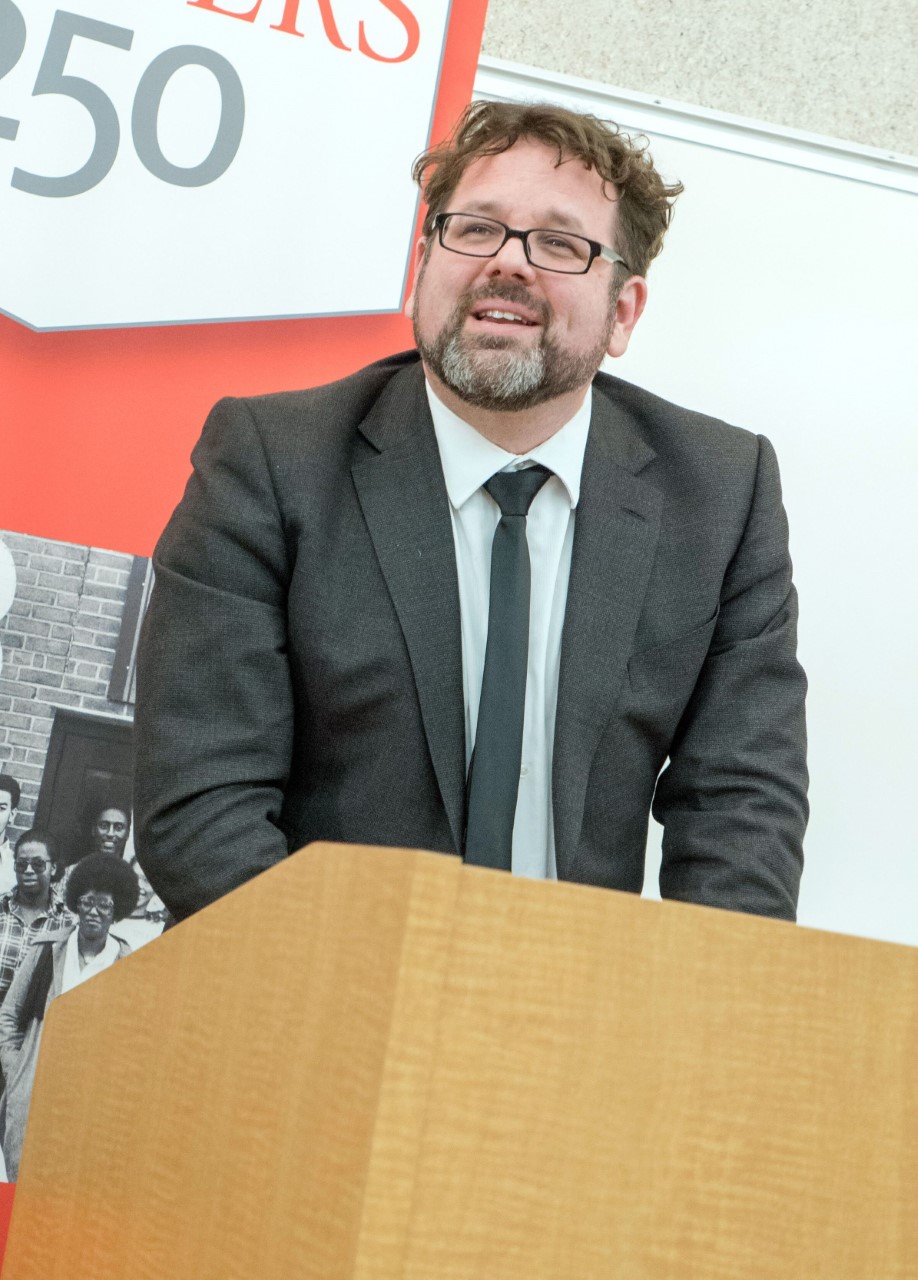 “Get out there and get engaged!”

I would like to start the interview by mentioning the word “script” that you have mainly used in your first book[4] – a book which has attracted international attention. Do you think that nowadays there is a theoretical or research “script” (narration) which has the most influence in the field of criminology?

That’s such a great question. Yes of course. Like with the narratives I wrote about in that book you mention (Making Good), we criminologists all have our own unique original voices and we don’t slavishly read from some generic script word-for-word. Yet, at the same time, we don’t just invent these voices from scratch. Being a criminologist – writing “criminologically” is not an obvious thing. We all look to each other for role models in how this thing called criminology is supposed to be performed and perfected. We mimic the writing styles and build on the concerns of our mentors, our peers, our heroes in the field. So, there is no question that when you look at the criminology of any given era or region you will see similarities of style and substance. If you look back on the criminology of the 1950s there was this obsession with the theorizing of “juvenile delinquency” that is utterly anachronistic in today’s world (with so many fewer young people and less youth crime). In the 1970s, critical voices were in the ascendance. Everyone was trying to be Foucault, Jock Young or Stan Cohen. In the 1990s everyone was doing longitudinal studies on crime in the life course and talking about criminal careers. It is not always as easy to tell what the script of the moment is until retrospect, but at least in British criminology I am lucky that desistance narratives have become a part of the energy of mainstream criminological concerns in the past few years in a way they never were when I was starting out on that road.

You have lived and worked in the UK, in particular in Northern Ireland, for a long time. Could you give us the current predominant views and practices on ‘the transition out of crime’ in that country?

Yes, I am now over two decades in the UK, with a few swings back and forth to the US in between, and have lived in Belfast for 14 of those years. Northern Ireland is a fairly unique place in the world with its 30-year history of civil conflict and social divisions, and we have had a unique history with ex-prisoner issues in particular. The criminal justice system became caught up in the political conflict that became known as the Troubles, with prisons, especially, playing a key role in the elongation of the conflict. Likewise, the largescale release of prisoners, including paramilitary groups on both sides of the conflict, was a core aspect of the peace negotiation process here. Indeed, the reintegration of those former prisoners has become itself tied directly to the maintaining of peace in society. That is the bit I have witnessed here, over the last 14 years. I arrived just after the Good Friday Agreement put an end to the armed conflict, and the hard work of reconciliation had begun. It has been fascinating to watch especially as a social scientist. Some former prisoners from the time of the conflict have found positions at the highest ranks of the Northern Irish Assembly (known as Stormont) in what has to be among the most successful examples of reintegration available. Unfortunately, the Northern Irish government has been suspended now for over two years due to internal disputes and was dysfunctional at best before the collapse. So, it is hard to hold up Stormont (or Northern Ireland as a whole) as a major success story in peacemaking and reintegration. In short, the story here is complicated and fascinating, and it does colour the way we think about ordinary (non-political) prisoners and former prisoners. Most obviously, the history of this place reminds us that all of criminal justice is political and that peace and tranquility in society depend upon the reintegration and resettlement of justice involved individuals.

The concept of “desistance” on which you have further researched and written does not have a very long history in the field of criminology. Do you think that ‘desistance’ still remains a vague theoretical concept and how can it be differentiated from the concept of “re-integration”?

Another great question. Desistance has never been vague to me. Indeed, the concept and the study of the concept has been awfully good to me – has enormously shaped my life over the past twenty-plus years. Desistance may be one of my oldest friends, in fact.  But, yes, the process remains controversial and misunderstood and exciting and dynamic and always changing. Desistance is a word for the absence of criminal behaviour (among those for whom crime had been a pattern or habit). To me, that part should be simple (although yes there are others who define it differently), but of course there is nothing simple about it. Reintegration into society is certainly a big part of desistance. It is awfully tough (but not impossible) to desist from crime if someone is stigmatized and rejected by wider society. But, the two terms are not synonymous and indeed re-integration has its own definitional confusions.  Some define ‘re-integration’ simply as the movement from an institution like a prison back into residing in the wider community; others use the word to imply a deeper form of social inclusion and moral forgiveness.  For my part, I think we should reserve the term “desistance” for the description of a behaviour (or non-behaviour actually). It should mean the absence of crime, with no other connotations or value-laden assumptions attached to it.  How and why people desist from crime is the theoretical question and it is there that policies, practices, strategies, and theories come in. So, one obvious argument is that to promote desistance we need better re-integration practices. Yet, the only way a sentence like this can make sense is if we keep those different terms separate from one another. I can think of many interviewees (especially those convicted of sexual offences, who we have been interviewing as part of a new ESRC study) who certainly have not been reintegrated into society (in almost any definition of that term) who are still desisting from crime. Likewise, one can think of individuals who are very much integrated into society (think corporate or political leaders) who commit countless crimes, even if unpunished. So the two are related but not synonymous.

The research programmes you have undertaken have made an outstanding impact on public policy. For example, the Desistance Knowledge Exchange (DesKE)on how offenders move away from crime has transformed the practice of offender rehabilitationand made a substantial impact in Scotland, Northern Ireland, Chile, Singapore and the United State. Could you tell us more about this ‘road’which includes both science and public policy? Or, in other words, what are the benefits of this ‘co-existence’?

Yes, the Desistance Knowledge Exchange (DesKE) work we did was among the most exhausting but rewarding of my career. The back story was this: Around 12 years ago, Fergus McNeill (now Professor of Criminology at the University of Glasgow) had become very interested in the research that a small number of us, including Stephen Farrall and myself, were doing around desistance from crime. As a former probation practitioner, Fergus saw something that even those of us who were doing the research did not see, in terms of the potential implications of the research findings for policy and practice. He is a very persuasive fellow, and in short time there was tremendous interest in “the desistance model” among probation trusts and prisons in the UK and far beyond. Such was the interest that people like Fergus, Stephen and I were exhausting and overstretching ourselves doing endless invited talks to practitioner groups, without any real coherence or coordination to the effort. DesKE was our response to this growing interest. We were funded by the ESRC, which is very interested in research translation work and impact, to come up with a way to bring some coordination to this dialogue around desistance and practice.

The first stage of this process was the production of a documentary about desistance research and its implications for practice. This is the ‘road’ you mention, as in “The Road from Crime” which is still available in multiple languages online at: https://www.iriss.org.uk/resources/videos/road-crime-english-subtitled (Sorry, no Greek subtitles yet!). The idea was that few people outside of academia (and in truth, few academics too!) can keep up with all of the latest research on desistance, much of which is published in difficult to find scientific journals or expensive academic books. Films can reach much wider audiences. Yet, just as importantly, films can do things that academic articles can’t. In particular, the film was a great opportunity to feature a variety of voices and faces of “experts by experience,” individuals like the documentary’s central protagonist Allan Weaver, a former prisoner turned criminal justice social worker and author of the book So You Think You Know Me? Making the film turned out to be a fascinating journey in itself. We filmed on location in four different countries and met some incredible individuals along the way (not all of whom made it past the cutting room floor unfortunately).

The second stage was a series of workshops where we showed the film then engaged the audience in structured feedback processes, facilitated by our knowledge exchange expert Claire Lightowler. These took place at a variety of locations across the UK and US, but have sense been rolled out more widely. And, it was out of this process of dialogue and ‘co-production’ that the current, much more coherent “desistance model” has emerged and become one of the leading forces in criminal justice reform.

CrimeTimes poses the same question to most of the interviewees because we think it is crucial to take into account that the younger generation is always in ‘front of the gates’ and needs encouragement to go ahead. So, what message would you like to send to young Europeans who have just completed their studies in criminology?

Ha, well, first, congratulations. I think you have made a fantastic choice of degree. The world is in desperate need of you – and criminology – at the moment. The second thing is to ‘be not afraid’.

In the era of Trump/Brexit/immigration politics/#MeToo and the ticking climate time bomb, the only criminology that really matters is criminology that is brave enough to tackle the big inequalities: Why are the poor punished so much? Why are the rich punished so little? What are we going to do?  Those are of course big big questions, but I don’t think that the smaller questions that we usually ask in criminology are going to have any purchase on the imagination in a moment like the one we are living through globally. That is, how are students supposed to get excited about whether an evaluation shows a marginal decrease of recidivism for an anger management course in a prison when the Amazon is on fire? How are researchers supposed to care about whether one 1950s theory explains more of the variance in petty delinquency than another 1950s theory when the fundamentals of democracy are being challenged daily by world leaders. This is an era, then, of criminology like that of Michelle Alexander, Bryan Stevenson, Nicole Gonzales Van Cleve, and a load of the rest of us who at least aspire to do work that is equally transformative and as challenging to the existing powers that be as the amazing work they have done. This is not the end of criminology, but it is the end of the criminology as we know it (at least for now), and the beginning of a criminology that matters – impactful, critical, engaged but most of all ambitious with the aim of challenging powerful structures in society. Get out there and get engaged!